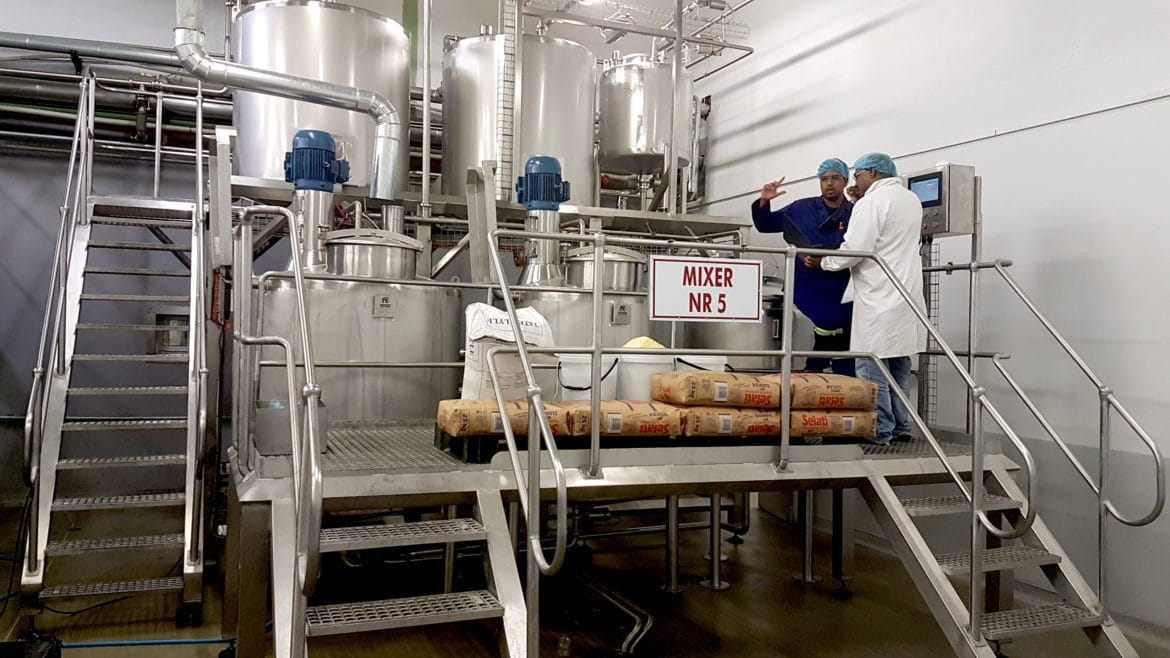 During Propak 2016, one of our existing clients, discovered the depth of Anderson Engineering’s expertise with mayonnaise plants. We were then invited to tender on a planned new mayonnaise line for RCL Foods, Grocery Division in Randfontein.

RCL (previously Foodcorp), required the process equipment to be designed around their specific formulation. This was incorporated into the turnkey project which involved a complete mayonnaise line including the premix system, ACE mixer and storage facilities. A new introduction into the factory was our automated CIP system.

Included in the project:

The project commenced early in 2017 with installation and commissioning towards the end of May 2017.

If you have any questions about the services we provide simply contact us below. We try and respond to all queries and comments within 24 hours.